What did you say!

All the right CCTV Stuff

Hurricane Mathew in the Caribbean

Hurricane Mathew continues to inch its way towards Florida and the Carolinas while leaving a devastating path throughout the Caribbean. With one of the most well developed eyes in recent history, this well formed hurricane is a major threat to many of the small islands. As of October 4, millions of dollars in damages have already been assessed through smaller islands and Jamaica. With over 21 million people still in its path, Now this category 4 hurricane with sustained winds of 145 mph (175 mph gusts) is battering Haiti and parts of Dominican Republic. This is horrible news for Haiti which still has hundreds of thousands of people living in tents after the devastating earthquake in 2010. The hurricanes most solidified path put it in direct approach with the Bahamas including a direct strike on Nassau. Along it’s trajectory it will also make its way over the Exumas in the southern Bahamas. The small islands were already devastated last year with a smaller storm and now must prepare for this major threat.

The amount of damage that this storm is inflicting throughout the Caribbean will be enough to retire the name Matthew. We can only hope that the death toll will be reduced with so much early morning and a vacuolations throughout the islands. The trajectory will also put it in the path of Florida and much like hurricane Floyd in the past, millions will evacuate and preparation.

It is projected that up to 40 inches of rain will be dumped in some parts of Haiti causing massive floods, landslides and distryction throughout this impoverished island. The world is in preparation to help once again donations are being arranged.

In Santiago the Cuba reparations were underway as the storm approached eastern side of this island nation. With limited resources but plenty of experience the people of Cuba were all buttoned down and ready for the hurricane as of early October. Many families were already being evacuated from Guantánamo Bay back to the US.

We hope that this will pass quickly and that preemptive preparations will reduce the damage throughout the Caribbean. 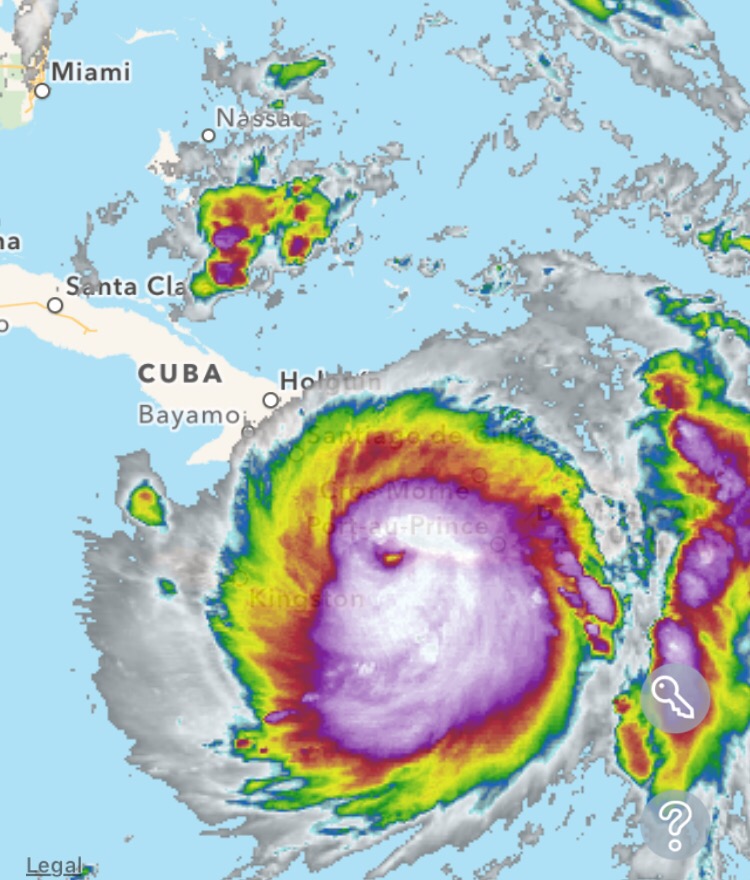